More about the Parrog Limekiln 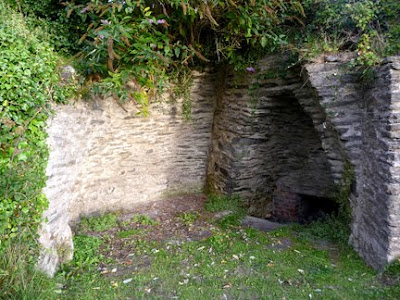 This is the base of the remaining double limekiln which is adjacent to the car park on the Parrog. As a child I remember it much more run down and overgrown, a place to scramble over, our own miniature castle. Now it has been restored and it is far easier to understand the true function. 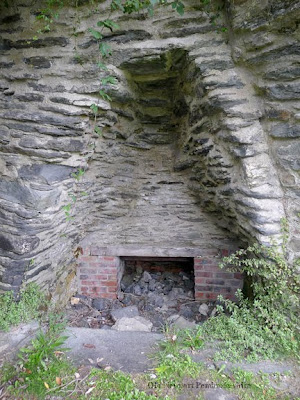 The base holds the hearth where the fire would have been lit once the kiln had been loaded with alternating layers of limestone and the clay and anthracite dust mixture called culm, both of which would have been brought to the Parrog by boat from the south of the county.

In the restoration, the lintel has been constructed from timber, which would not have been practical for a functioning kiln as extremely high temperatures are required to turn limestone into quick lime. The kiln would burn for several days before the process was complete and once it had cooled, the finished quick lime would have been raked out and loaded on to carts. This was why a double kiln was useful so that one kiln could be fired up while the other was cooling. 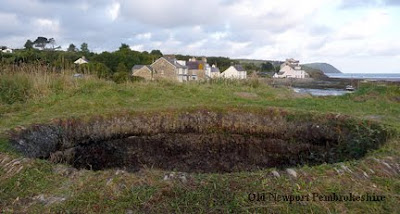 There is a circular opening at the top of the kiln. Limestone and culm would have been unloaded from nearby boats by horse and cart and brought up to this opening to charge the kiln in alternating layers, See http://en.wikipedia.org/wiki/Lime_kiln
for more details of the process. There is a useful list of Pembrokeshire limekilns here


If you look closely at the stones at the top of the kiln you can see the crusted remains of the deposits that the lime burning process left behind on the stones of the kiln. This gives some idea of the pollution which lime burning must have caused. Now it makes a good habitat for small ferns. 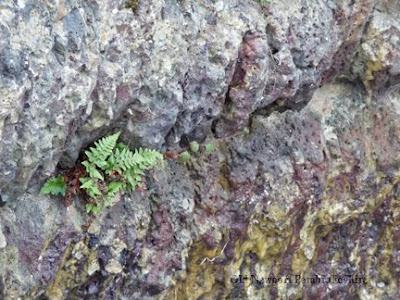