Bettws and The Mariners, Parrog 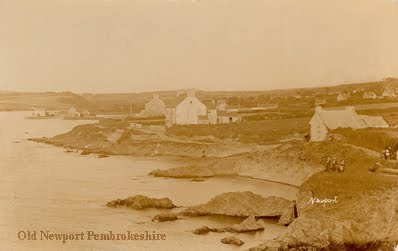 Where there were seafarers, there were always pubs and the Parrog was no exception. The Mariners Arms was beyond Bettws and the building is on the right of this postcard which was posted in 1913. Other Parrog pubs included, The Parrog Arms, which is now Morawelon, The Queen's, now Morfan, the Ship Afloat, at Seagull cottage, and the Sloop Inn. According to Dillwyn Miles, the Mariners Arms gave up its licence in January 1903.

Enlarging the postcard shows the building in more detail. 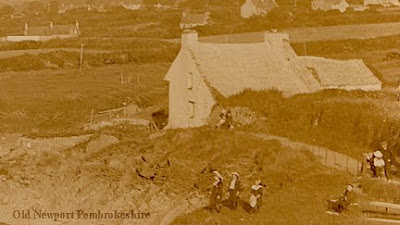 By the 1920's, it had already started to fall into ruin. The limewash had vanished, roofbeams were sagging and slates missing:- 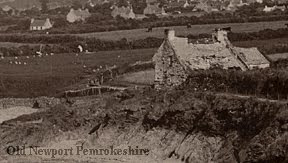 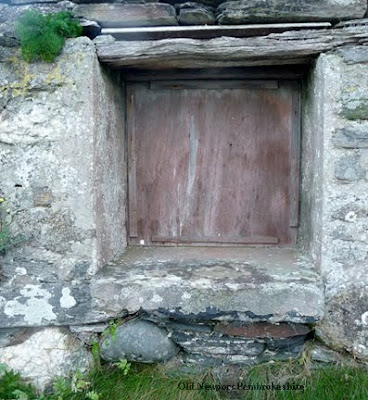 oday there is a small section of wall with a window, fronting on to the Coast Path which some say was part of the old pub. I have also heard that the window was used to serve beer to people out on the path as a means of getting around Sunday licensing laws but to me, the window looks a little small to be the lower window of the main building.


I think the wall looks more like the one the two ladies are sitting in front of in this enlarged detail from the 1913 postcard. 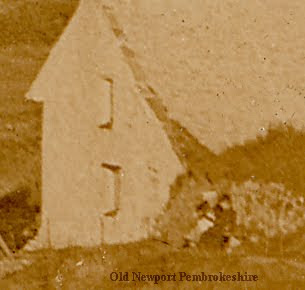 The house called Mariners today was once the cowshed and brewhouse of the original pub. In the nineteenth century, most pubs brewed their own beer, some more successfully than others.

The Mariners is close to a bay called Bettws. The Welsh word comes from the English "Bead House", or house of prayer, hinting that there might have been a chapel here in times gone by. There were many small chapels on the pilgrim route to Saint Davids, so this may be true. There are rumours that there were once the ruins of a small building on the cliffs below Mariners. Looking at the 1913 postcard again, it's possible to see the remains of some kind of wall but it's impossible to tell what kind of building this might have been, although it appears to have a window. 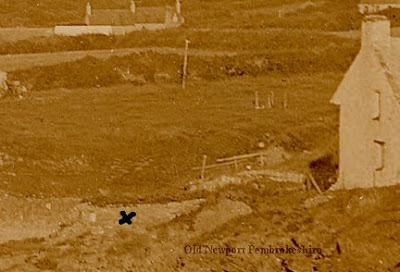 Whatever it was has long since disappeared. Indeed much of that section of cliff has been erroded, several sections crashing down in a recent storm in March 2010.

Here's a more recent view towards Mariners and Bettws. 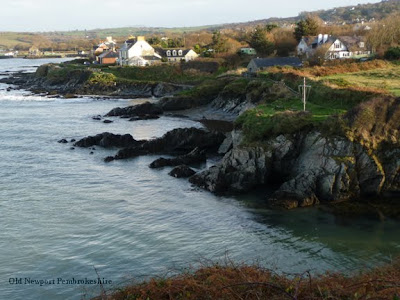