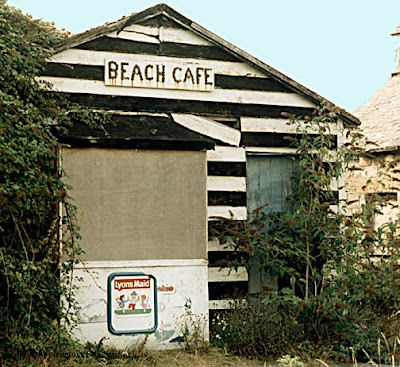 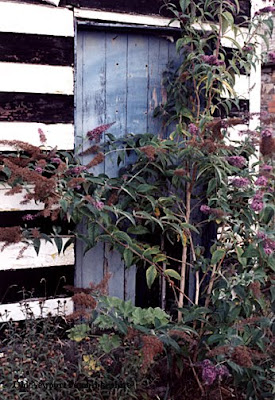 I used to by Bazooka Joes from George in the late 70s early 80s. Black Jacks and Fruit Salad chews were also popular.

Black Jacks and Fruit Salad, now you're talking, four for an old penny when I was small and Black Jacks would leave your tongue black!

The Beach Cafe was owned and run by Rose and George. Rose was my Grandmother. She owned it until it was closed. She planted the rose bushes that are still there even though sadly, like her the cafe is gone.

Thanks for adding that. So it was George and Rose, not Millie who owned the Cafe. I'm sorry I got that wrong. I loved that place and I still enjoy the roses when they bloom. It's nice to think that they are still there on The Parrog as a memory of your grandmother. How long did they own the cafe? It must have been quite a few years. It was sad when it fell into ruin.

My Mum Stephanie, was telling me that my Grandmother bought it from the Collins approx 1950 and ran it until the end. Like you I have so many of my childhood memories at the Cafe and Parrog beach. We loved Crabbing off the Quay wall when the tide came in, going for walks along the Cwm and then heading back to see what treats Gran had ready for us. I will check to see if I can get hold of a better photo - it's sad to see one of it in disrepair after it was closed. Gran and George used to repaint and clean it up every Spring in readiness of opening for the summer. Many of the campers would take refuge there on rainy days for hot drinks and a warm welcome.

It's wonderful to have those details. I though you Grandmother had run it for a long time. It would be lovely to see a photo of it in it's heyday. I haven't been able to find a good one.

Crabbing off the Quay wall is still very popular, particularly in August when there's quite a crowd if children down there. https://flic.kr/p/avEVez